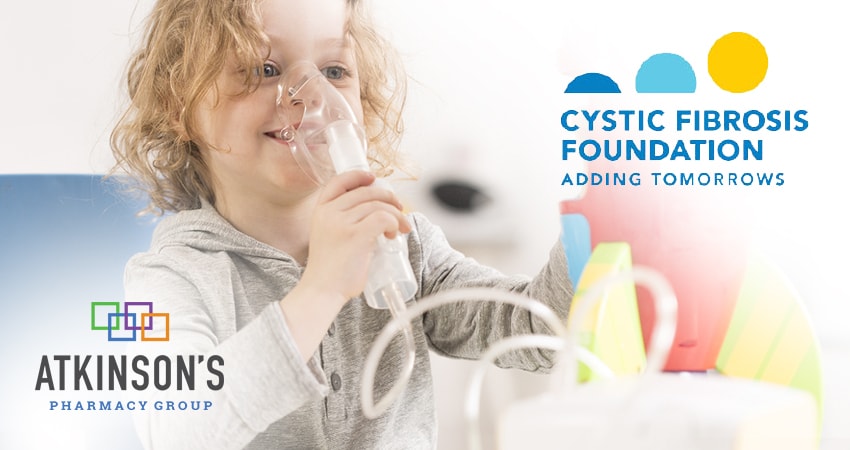 What Is Cystic Fibrosis?

According to the Cystic Fibrosis Foundation, cystic fibrosis is a disease that is not only passed down genetically but it is progressive as well. Those suffering from this disease tend to endure frequent lung infections, which, over a period of time, limits their ability to breathe.

A defective gene is the cause of cystic fibrosis. This gene causes mucus to develop in the lungs and pancreas. In some cases, other organs are impacted by this thick and sticky mucus.

When the mucus builds up in the lungs, it clogs a person’s airways, which results in a buildup of bacteria; this is what leads to infections. Over time, cystic fibrosis results in extensive lung damage, and for some people, it can lead to respiratory failure.

As the mucus builds up in a person’s pancreas, it minimizes the number of digestive enzymes the organ is able to release, which limits the body’s ability to break down food. Because of this, the body is unable to effectively absorb vital nutrients.

The Cystic Fibrosis Lifestyle Foundation states that 30,000 people in the United States suffer from this genetic disease. And out of those who have it, 75% of them were diagnosed before they turned two-years-old. A person suffering from cystic fibrosis will exhibit a variety of symptoms, including:

How can you support National Cystic Fibrosis Awareness Month?

There are several treatments currently being used to treat those with cystic fibrosis. Airway clearance, inhaled medicines, and a pancreatic enzyme supplement are three common therapies used by those suffering from the disease. More research is needed to find additional therapies and treatments.

You, too, can support the Cystic Fibrosis Foundation by making a donation or even volunteering your time. If you would like to learn more about cystic fibrosis and how you can help improve awareness of the disease, you’ll definitely want to check out some of the Cystic Fibrosis Foundation’s key research programs. Resources for learning about these programs are listed below: